An Update on List of Chinese Apps Banned In India 2020

The Indian government on Monday evening 29-06-2020 ordered to ban 59 Chinese apps developed by Chinese firms with the concerns that these social media apps were engaging unbearable activities that threatened “national security and defense of India, which ultimately imposes upon the sovereignty and honor of Hindustan” in what is the latest standoff between the world’s two most populated nations.

Indian’s Ministry of Electronics and Information Technology has issued a list of Chinese apps that are banned in India 2020 including Tik Tok, ByteDance that ultimately counts as the biggest market share of India overseas for the most popular smartphone vendor brand Xiaomi. While among these banned apps, the two major are from Alibaba Group (UC Browser and UC News); Club Factory, Shareit and CM Browser is known as India’s 3rd largest e-commerce firms and ES File Explorer.

Before knowing more about the Chinese banned apps list, here is something very interesting and factual about India:

India is the second-largest internet market in the world and there are 1.3 billion people are online daily.

Obviously, a ban on Chinese apps will result a huge loss to Chinese firms. However, New Delhi said the nation’s Computer Emergency Response Team had received many “complaints from Indian citizens regarding data security of data and breach of privacy impacting upon public order issues.”

“The compilation of these data, it’s mining and profiling by elements hostile to national security and defense of India,”

Here is the complete list of Chinese apps banned by the Indian Government in 2020:

According to the ByteDance in a court filing that TikTok upon banned in India last year was losing more than $500,000 a day in the nation. With this list of Chinese apps banned by the Indian Government, you can guess an estimate that how much loss these companies are facing now. While on Tuesday, 30-06-2020, TikTok said that it was working to comply with the New Delhi’s order. 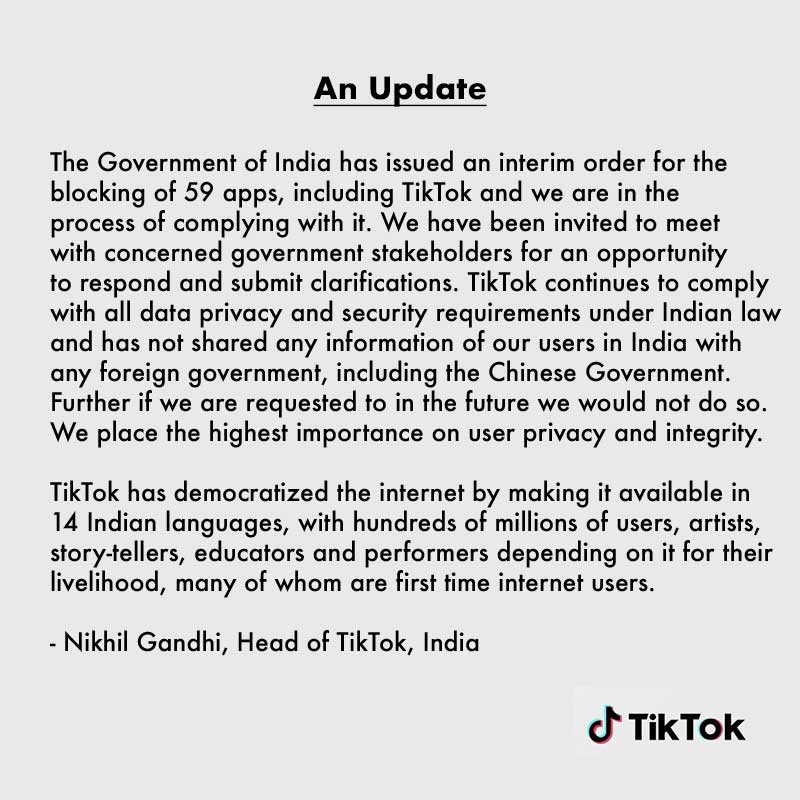 A large portion of India’s population is disappointed with this decision while others are happy with the Government’s decision. There is a joint reaction by the people, some are encouraging the decision and some are unhappy with the Government policies. What about you? Do you have an account on TikTok or on Likee or on any other from the list of Chinese apps banned in India in 2020? Please let us know in the comment section whether you are a fan of these apps or not?

Why Using the Cloud Storage is Beneficial for Businesses?